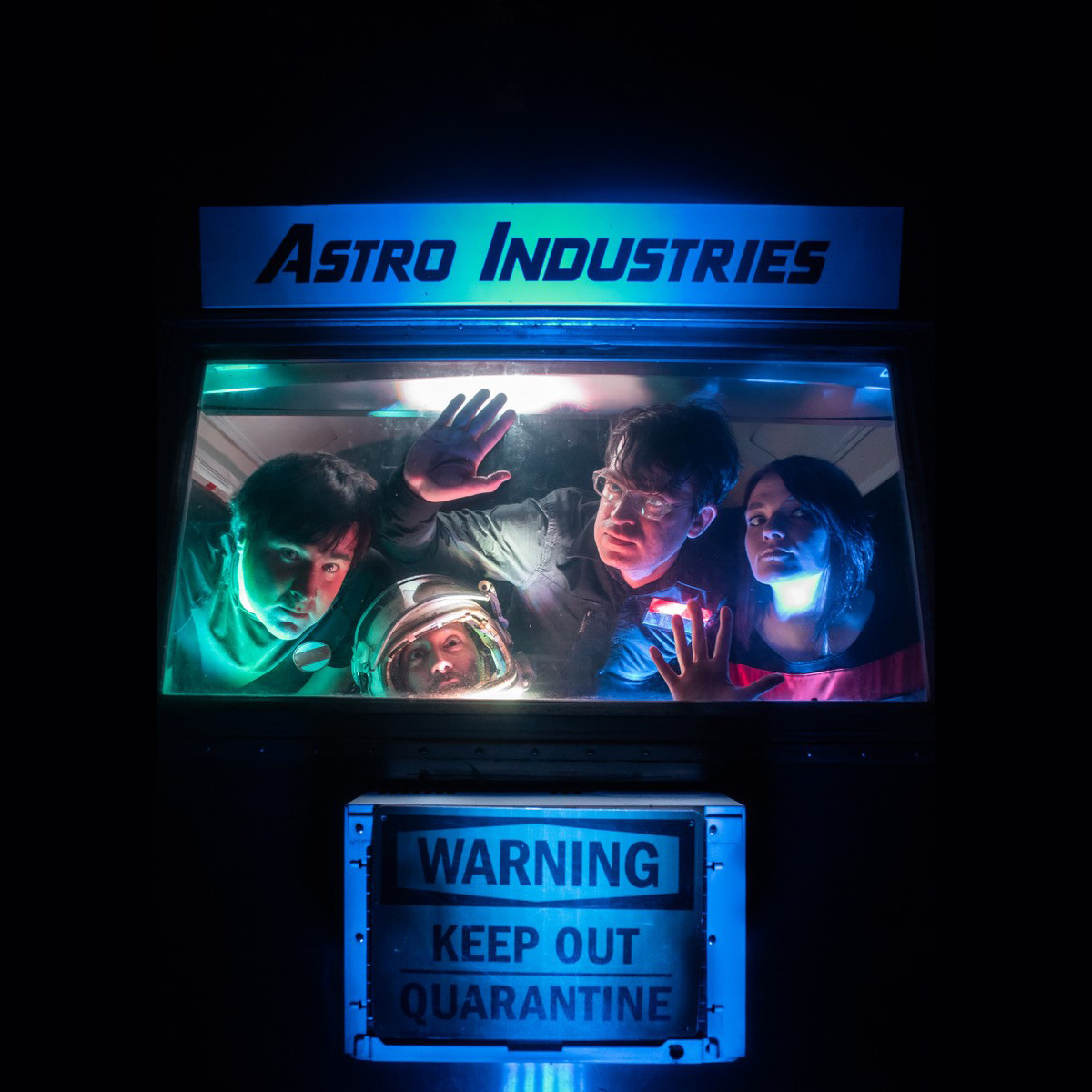 Some years ago, a young collective of extraterrestrials arrived on this planet and happened upon a small college town in Alabama. Home to both otherworldly jazz guru Sun Ra and rocket scientist Wernher von Braun, it is clear that Alabama is a direct linkage to outer space. In order to integrate into human society, these aliens would disguise themselves as a rock band, the perfect vehicle in which to traverse the globe and further their research. They would soon be known to the people of Earth as Man or Astro-Man?.

Unearthing thrift store records by the likes of Link Wray, The Ventures, Dick Dale, Duane Eddy, The Marketts & The Safaris – Man or Astro-Man? began to formulate their own blend of the retro-futuristic inspired by their offbeat musical discoveries. Innovative stage sets and designs by Kraftwerk, The Spotniks, The Residents, Devo, Sun Ra, and The B-52s also had an impact on the emerging ensemble.

Man or Astro-Man? began playing countless shows in the Southeast with bands like Southern Culture on the Skids, The Woggles, Hillbilly Frankenstein, The Subsonics, and The Flat Duo Jets.

Man or Astro-man? have returned to Earth and unveiled their finest recorded work to date. Defcon 5…4…3…2…1 is here now with a striking validity that the band is unquestionably as both tuneful and energetic as they ever have been. The record combines ever-familiar Astro audio tones and the well-established playing ferocity that the band is known for, but yet now, there is an undeniably evolution to the band that is both intuitive, logical and well crafted. Man or Astro-man? has arrived in the present (and future, of course) with imminent purpose. And of course, they still bring an over-the-top, sensory overloaded show, which has always gained them a reputation for always being an undisputedly amazing band to see live.

Wray isn’t afraid to revel in repetition, churning (like butter) confident, seamless grooves firmly in the tradition of NEU!, Faust, or Can. Their shimmering, headphone-ready tones owe much to Slowdive, My Bloody Valentine, and even The Cure, but without the crippling self-absorption of chillwave, dreampop, or whatever all the sad bastards are listening to this week. It’s music for an audience, for a rock show. It’s got a beat and you can dance to it. The band is Wray and the album is Wray and you can play it at a party and people will like it.